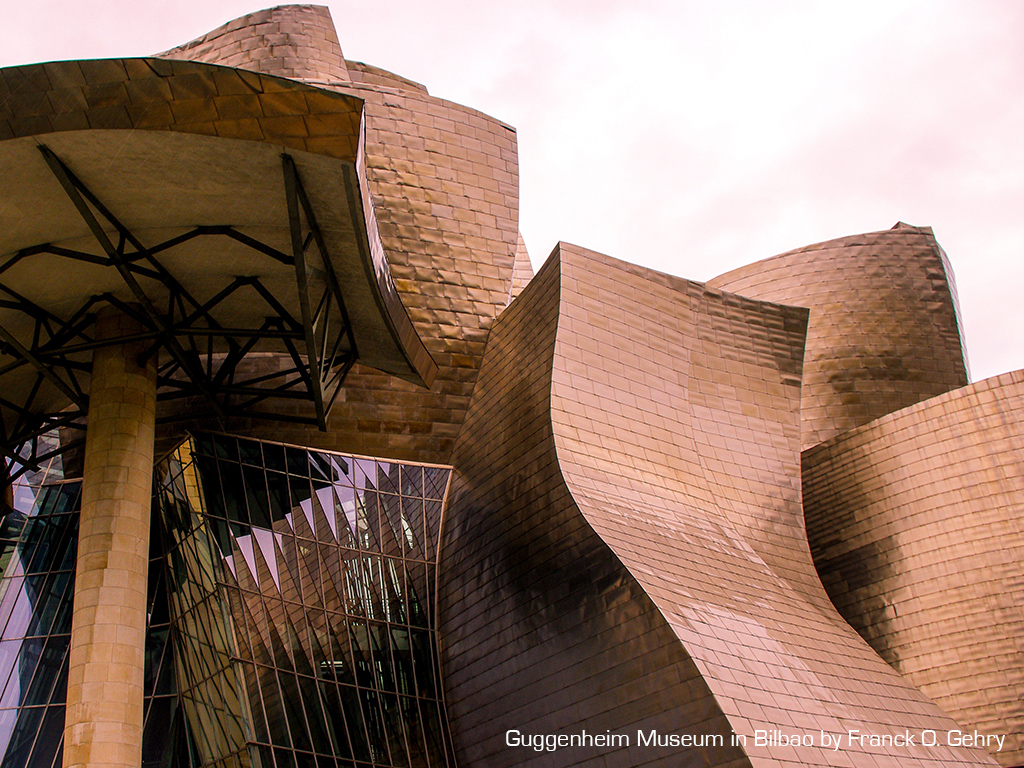 Deconstructivism is a movement belonging to contemporary architecture, and was developed to oppose the ordered rationality of modernism. Its non-linear style and defiance in the face of symmetrical shapes propelled the creation of buildings with a unique visual appearance. Discover this original architectural movement’s history and features thanks to Michaël Zingraf Real Estate.

What is deconstructivist architecture?

Deconstructivism appeared in the early 1980s, but only truly started to grow in the 1990s. This post-modern architectural movement’s name stems from “Deconstruction”, a form of literary analysis led by the philosopher Jacques Derrida.
Originally, the architects who designed deconstructivist buildings refused to label their work as an architectural style or movement. In their eyes, their approach simply contradicted that of modern architecture and as such broke away completely from history, society, places and technological or technological traditions.
The term “deconstructivism” however remained in everyday language. It now refers to a general trend amongst contemporary architecture.

The foundations of deconstructivism

The principle behind deconstructivism was to “invent the impossible”. Set within the post-modern wave, it breaks with the structural norms of classic buildings and deforms or moves away from elementary architectural principles.
By including non-linear design processed into the buildings and favouring fragmentation, deconstructivism expresses a form of controlled chaos. The buildings appear out-of-the-ordinary, draw the eye in immediately and sometimes create a feeling of strangeness.
In deconstructivism, distorted shapes and structure are not reserved to the building’s outer façade. Deconstructivist designs destabilise interior elements too, favour minimalism and play on people’s perceptions by injecting a futuristic touch.

What features stand out in deconstructivist architecture?

Although the forerunners of deconstructivism refused to be classified as an architectural movement, the buildings designed with this approach in mind share a lot of similar features:

Several architects who founded the movement became more well-known during the 1988 Deconstructivist Architecture exhibition. This was the case for Peter Eisenman, Bernard Tschumi, Rem Koolhaas, Zaha Hadid, Frank o Gehry, Daniel Libeskind and the Coop Himmelb(l)au agency.
Numerous famous works were designed by these important figures. Among them, we have the Guggenheim museum in Bilbao (Franck O Gehry), the Heydar Aliyev cultural centre in the capital of Azerbaijan imagined by Zaha Hadid, and Berlin’s Jewish Museum and Belgium’s Convention Centre designed by Daniel Libeskind.
Nowadays, Zaha Hadid is established as the leader of the movement. She created several remarkable deconstructivist buildings, such as The Opus - an out-of-the-ordinary hotel in Dubaï (still being built), as well as a few surprising buildings in New York.
Are you looking for property boasting atypical architecture? Specialised in prestigious real estate, Michaël Zingraf Real Estate professionals can meet all your criteria for excellence. Our catalogue lists rare properties in the most prised locations along the French Riviera, as well as in Provence, Paris, Deauville and Uzès.