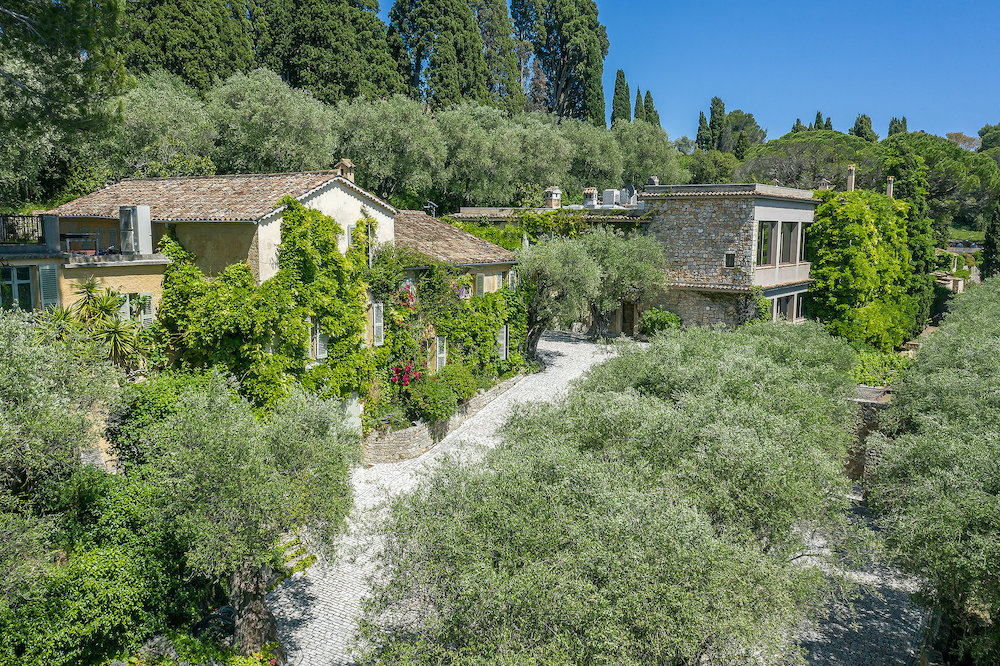 Mougins, a small jewel on the Côte d'Azur, is home to many exceptional residences. The most famous of these is undoubtedly the former villa of Pablo Picasso, where the artist lived from 1961 until his death in 1973. Today it is one of the most prestigious properties in the south of France.

In 1961, Pablo Picasso decided to leave Cannes because the construction of a building prevented him from seeing the sea from his villa. He then fell under the spell of Mas Notre-Dame-de-Vie, a vast Provençal residence located in the historic centre of Mougins.

Pablo Picasso lived the last 12 years of his life in the villa, where he set up a studio dedicated to the creation of his admirable works. He also organised numerous events and exhibitions there with his wife Jacqueline Roque, who continued to live in the magnificent building after the artist's death until 1986.

In 2007, the house was bought by a Dutch investor. In homage to the Spanish artist, he renamed it "The Minotaur's Den" and entrusted its restoration to a renowned Belgian architect, who decided to preserve the original structure of the farmhouse, dating from the 18th century.

Fully restored and modernised, the villa now has a living area of over 2000 m2. It consists of the main farmhouse (whose structure is still intact), a guest house, a caretaker's house, a pool house with a professional summer kitchen and a gym, spa and massage area. In total, the estate has a capacity of 15 bedrooms and 12 bathrooms with over 3 hectares of land. But that's not all! It also offers a breathtaking view of the Bay of Cannes, the Esterel Mountains and the village of Mougins.

Picasso's last villa has also preserved several souvenirs of the master! The furniture of his former studio is stained with paint, while a formidable mask carved in stone is housed in one of the pillars of the building.

Michaël Zingraf Real Estate offers you all year round exceptional villas in Mougins and in the most beautiful towns on the French Riviera.